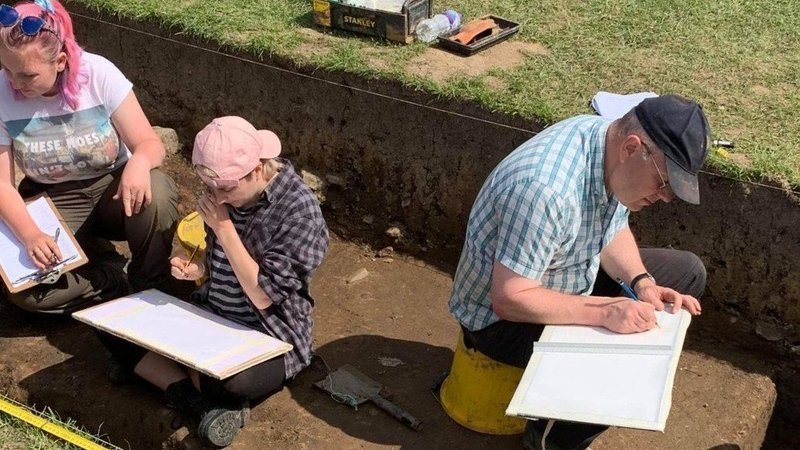 Yesterday, the University’s Executive Board decided to go ahead with closing the world-ranking Archaeology Department; saving only two small areas of work that would be merged with the Medicine and Geography Departments.

This would be a devastating blow: of course, for the staff and students of the department; but more widely for the University itself, which will suffer great reputational damage, and for the city which has always supported the University and has particular reason to value the Archaeology Department, most recently for the work in the site of Sheffield Castle with which it was closely involved. This is a department that has earned high rankings in a world context. It should be unthinkable for the University to close it, but that’s what is being lined up. Yet only a limited range of options seems to have been considered. However the battle is not yet over. The petition against closure mounted only last week acquired no fewer than 34,000 signatures in just a few days – testament to the extent of feeling. The UEB decision has to be approved by two other groups.

First it goes to Senate, the most senior academic body within the University – which, by the way, seems to have had no discussion of the issue in the past year, judging from its published minutes. Then it goes to Council, the governing body, which largely comprises lay members. You can put your views forward to members of these bodies, and JUHS encourages you to do so. Council is especially important. Its members – who as charitable trustees are ultimately responsible for the proper conduct of the University – are listed on the University’s website, at:

Governance and Management: Membership of the Council.

Senate membership can be gleaned from the published minutes, at:

Governance and Management: Minutes of the Meetings of the Senate.

These bodies will be considering the UEB recommendations late next month.

What else can you do to protest?

Write to the Vice-Chancellor, Prof K Lamberts, at vc@sheffield.ac.uk.

Write to your MP – the city’s MPs are generally in sympathy and will welcome indications of the extent of support for the department. Write to the City Council – which has an interest in the impact of closure on jobs and the effect of reducing student numbers on Sheffield’s economy. Write to the local press and to radio and TV stations. Leave no doubt in the University’s mind that what they are doing is seen as an act of vandalism.