As part of Désirée Reynold’s stint as writer in residence at Sheffield City Archives, Désirée curated a project that included poetry from Otis Mensah and a film by Jenson Grant. This exhibition is a part of that project.

“The archives and who keeps them, who records them and what gets in has long been debated as a site for racial and reparative justice. Not only that, but for most marginalised communities who still have to fight for representation and recognition, it’s proof that we were always here.

“On these panels are tiny fragments of who I found, small bits of big lives that have been entered into the archive in one way or another. I didn’t want to just bear witness, I wanted to bring them out”.

Find out more about the Dig Where You Stand project by following this link: https://nowthenmagazine.com/news/equality/dig-where-you-stand-2021

Otis Mensah is a multimedia artist and former Poet Laureate of Sheffield who produced a commissioned poem for Dig Where You Stand based on the life of Samuel Morgan Smith, an African-American Shakespearean actor who settled in Sheffield in the late nineteenth century. 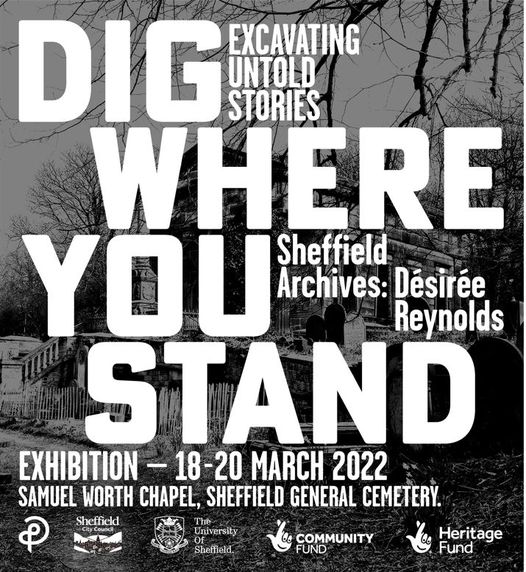