Loxley Chapel was built in 1787 and closed in 1993. It is a Grade 2* listed building. Originally built as an Anglican church, it was rented out to Protestant Dissenters or Independents in 1798, and they subsequently bought the building. The families buried in the plots are from all over Sheffield. The chapel and graveyard became privately owned when the chapel closed and sadly have been neglected ever since. Unfortunately, the chapel suffered a serious fire in 2016 and now is a roofless ruin.

The churchyard surrounds the chapel on three sides, the first recorded burial being 1806 and burials are still taking place on existing family plots, although no new burials plots are allowed. The area of the cemetery covers just over 10 acres and is home to over 4000 burial plots.

It is an important part of local history, and the cemetery contains graves of interest including 13 War Commission graves and graves of some of the victims of the Sheffield Flood of 1864. The chapel could hold 1000 worshippers, and attracted an afternoon congregation of up to 200, according to the Religious Census of 1855. 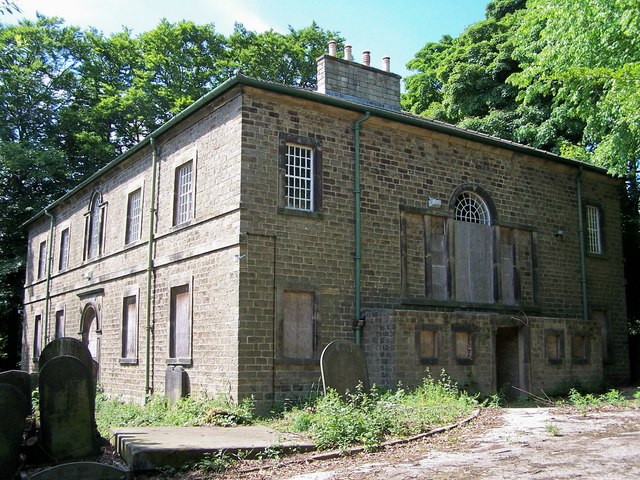 Loxley Chapel before the fire

Loxley Chapel in the past