Roscoe Wheel and associated water management system are the remains of a mill water-powered site that was used for cutlery, fender, file & saw grinding, polishing and as a blacking mill. Dating from 1725, it is one of the 20 water-powered mills built in the Rivelin Valley that now form an important part of Sheffield’s industrial heritage.

It was in use until at least 1922, but reported derelict in 1936. Some of the most interesting remains in the valley can be found at Roscoe, including the unusual weir, the wheel pit arch and traces of the only two-storey building along the valley.

The site is owned by Sheffield City Council and there is open access. A public footpath (the Rivelin nature and heritage trail), passes the site, which can be accessed from various points along Rivelin Valley Road, or from the north (Stannington) side of the valley (Roscoe Bank and Rivelin Park Road).

A marker post installed at the site by Rivelin Valley Conservation Group gives a brief history and links to a website where further information and pictures can be found.

The site is situated on the north-west side of the River Rivelin, to the north-west of Sheffield City Centre. The water management system extends to the south-east and north-west of the site of the mill buildings, and feeds from and into the adjacent river.

Roscoe Wheel and associated water management system are part of a sequence of 20 water-powered mills (and 21 mill dams) along a 3½ mile (5.6 km) stretch of the lower Rivelin Valley, possibly the greatest density of mills over that distance in Britain. These sites together help to tell the story of Sheffield’s industrial heritage, and cutlery trade in particular, from its origins in rural workshops with water-powered grindstones. Apart from Uppermost Wheel, the furthest upstream of the 21 sites, remains of all of the others can still be seen and together they form a sequence along the valley that should be preserved in its entirety.

Roscoe Wheel was unusual in the valley, having a breast-shot waterwheel and a two-storey building. Some traces of the building can still be seen, including the wheel pit arch and outfall from the pit into the tail goit. The tail goit is culverted underground for about 50 m and then runs along the base of the hill slope and into the river close to the remains of the weir for New Dam/Spooners Wheel. Traces of the cottages that were built into the hillside next to the Wheel can also still be seen.

The Roscoe weir is still in good condition and is particularly unusual: the long, dressed stone slope has three changes of gradient, and there are two top kerbs – the upper one is a double-arc, which is unique in Sheffield. Some iron-work survives on top of the large stone slabs of the head-goit entry. Although now dry and wooded, the outline of the mill dam is still visible, including the remains of the dam wall. A short head goit now feeds into a stream that flows along the bottom of the hillslope at the edge of the mill dam and back into the river via the wheel pit and tail goit. A capstan and roller are mounted on the massive stone blocks of the mill dam overflow (near Roscoe Bridge). 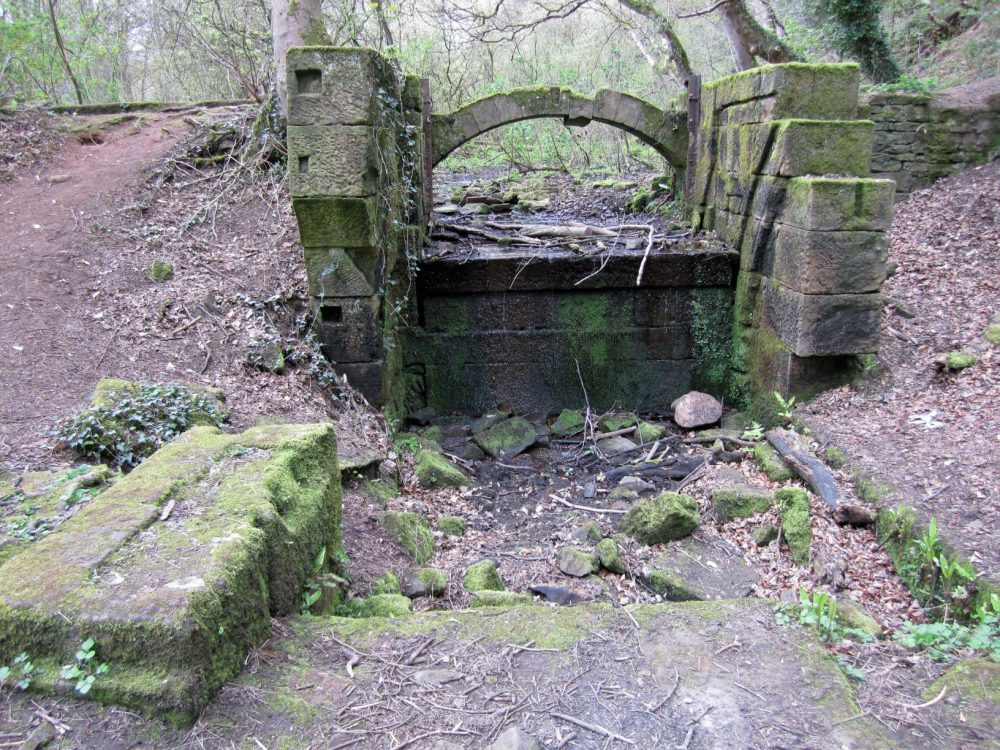 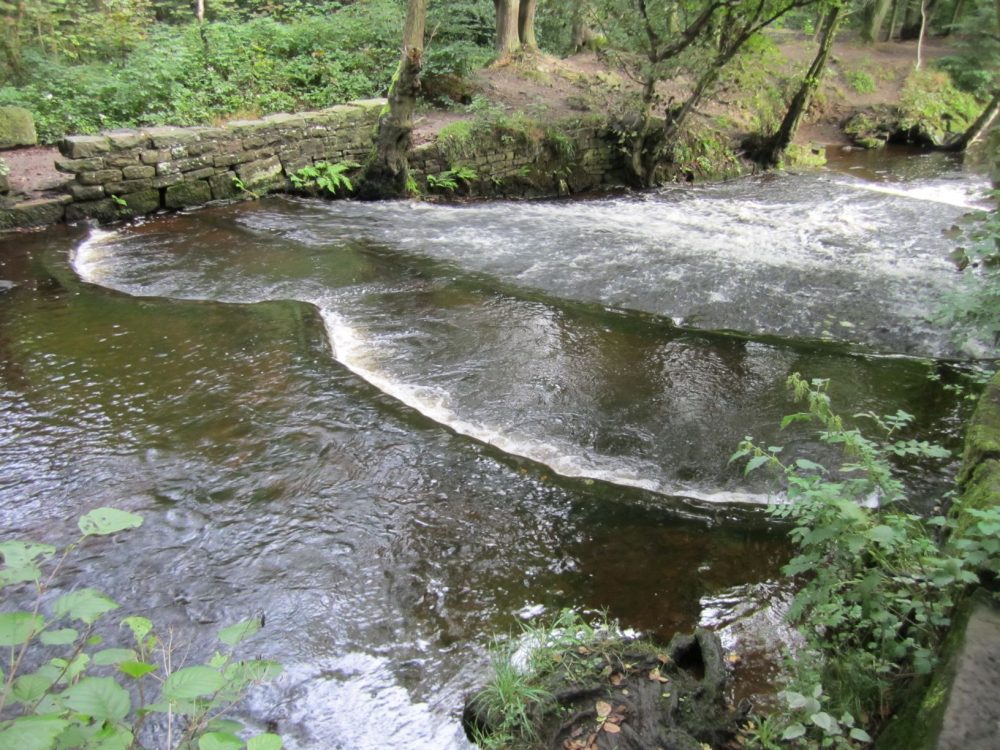