Walkley Bank Tilt and associated water management system are the remains of a water-powered site that was initially used for cutlery grinding, but subsequently converted to a tilt* forge and then wire-drawing mill. Dating from 1751, it is one of the 20 water-powered mills built in the Rivelin Valley that now form an important part of Sheffield’s industrial heritage. Only traces of the buildings survive, but the weir, mill dam and tail goit can still be seen.

The site is owned by Sheffield City Council and there is open access – there is a small car park adjacent to the mill dam, one of five dams in the valley where open water is maintained, and a public footpath (the Rivelin Nature Trail) runs along the dam wall. The Trail can be accessed from various points along Rivelin Valley Road, or from the north (Stannington) side of the valley. It remains a focal point for the valley and is a regular starting point for walks along the river. The mill dam (now known as Havelock Dam) is also popular for fishing and feeding the ducks.

A marker post installed at the site by Rivelin Valley Conservation Group gives a brief history and links to a website where further information and pictures can be found.

The site is situated on the east side of the River Rivelin, to the north-west of Sheffield City Centre. The water management system extends to the north-west and south-west of the site of the mill buildings, feeding from and into the adjacent river.

Walkley Bank Tilt and associated water management system are part of a sequence of 20 water-powered mills (and 21 mill dams) along a 3½ mile (5.6 km) stretch of the lower Rivelin Valley, possibly the greatest density of mills over that distance in Britain. These sites together help to tell the story of Sheffield’s industrial heritage, and cutlery trade in particular, from its origins in rural workshops with water-powered grindstones. Apart from Uppermost Wheel, the furthest upstream of the 21 sites, remains of all of the others can still be seen and together they form a sequence along the valley that should be preserved in its entirety.

Walkley Bank Tilt was one of the last in the valley to close, in the early 1950s and thus one of the few in the valley to have been working within living memory, although by then powered by electricity. The weir is in good condition and there is a modern shuttle gate on the head goit inlet. Most of the buildings stood between the mill dam and the Mousehole weir, but few traces of the once-thriving mill now remain. The outfall from the short tail goit is close to the Mousehole weir, the exit from the forge building marked by a bricked-up stone arch halfway between the mill dam and the weir.

* A tilt hammer is pivoted like a see-saw – a cam mechanism pushes the tail end down, thereby raising the hammer end, then releases so that the hammer falls by gravity. A rapid stroke rate could be achieved, making tilt hammers suitable for drawing iron down to small sizes suitable for the Sheffield cutlery trades. 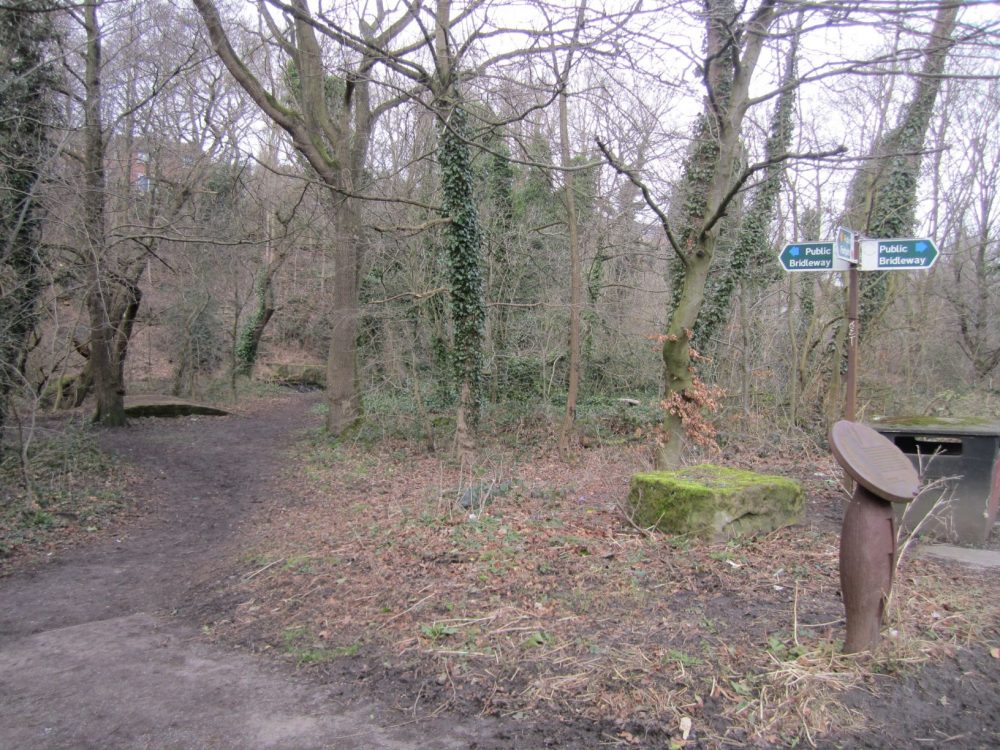